CHLIV offers a new standard of coffee experience that inspire people to be the best version of themselves. 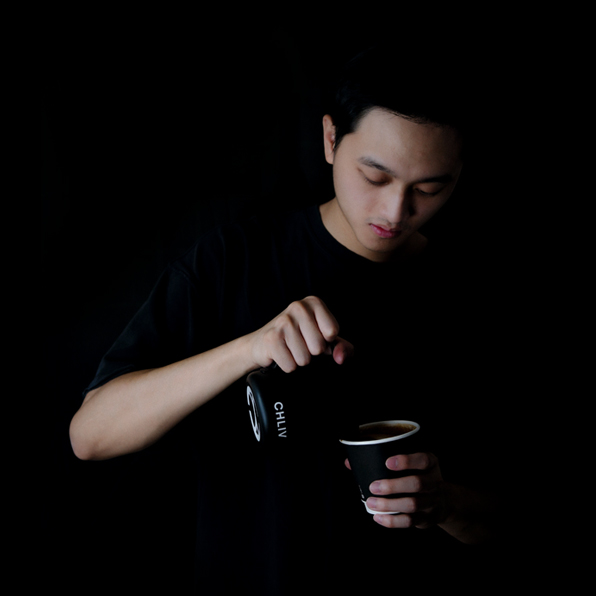 In 2018, Chris Lin founded his luxury coffee brand CHLIV. The story goes back to when he was 15 and just started practicing latte art at a family-friend's bakery in 2011. During the seven years, he's been practicing everyday, seven days a week. One day, after he won the World Coffee Fest Latte Art Championship 2016 in Tokyo, his mentor told him that he should share his talent with the world. And there, Chris started his fourth and the latest Instagram account @chrislin.4.0 that later inspired him the name for the brand.

Chris believes to achieve one's dream, we all have to be the best version of ourselves. Thus, he decided to build a unique coffee brand fusing art and design that could inspired people to achieve their dreams.

The first CHLIV concept store was then opened on August 31st, 2019 in Jiufen, a seaside mountain area in New Taipei City, Taiwan. The place became popular in 2001 due to its resemblance to the downtown in the Japanese anime movie Spirited Away by Hayao Miyazaki. Jiufen quickly attracted many tourist from all over the world and is currently the most famous tourist attraction of Taiwan.

With that being said, Jiufen became the top pick for Chris, as he wants to be closer with the people from around the world. He takes pride in serving world travelers a modern cup of latte in a beautiful traditional environment in Jiufen, Taiwan.